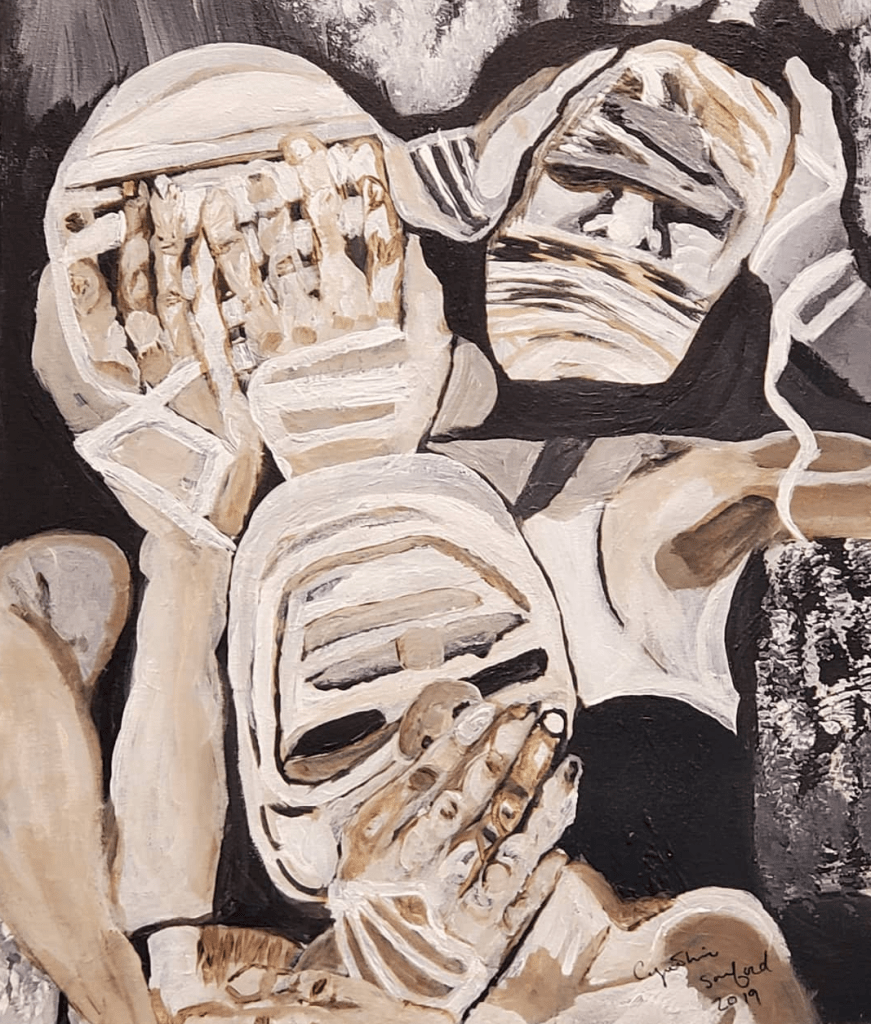 This is my story getting to Hope Crossing, I had been in recovery thirty-seven years with no outcome. I found myself stagnated by mental health policies. I felt trapped by State guidelines under a number system. Hope Crossing heard my cry seeking helpers needing to find support from other agencies linking what I relate to under what change and where I was worthy of restoration under a renewal planning to move forward within a quality of life sitting at home was no longer acceptable.

People come into your life for a season there are times. Process of a lifetime experience. I found myself going out of my way taking care of others assuming they would take care of me I was the one who has no boundaries. Assumptions make about ourselves, or others how we expect things to be. Who am I? There were belief systems that changed in my relations between crossings. Intersections became Crossroads that crucified me, demoralizing my moral reasoning as a follower of a higher power;

“Adapt or die,” I heard an inner voice coming from within me pushing to get out of the darkness of my soul. Recovery returned me to a normal return to a normal state of a healthy mindset. My strength became those very things I was taught as a child. I returned to that compassionate person seeking God’s grace and mercy.

Meanwhile what I look forward to most in my future is to help those who suffer within the experiences triggered by the past abuse issue preparing for change under short-term goals leading to their long-term goals. I envision myself in environments that allow me to share hope unto to those who have a faith of a mustard seed. Peer mentoring from a mentorship that takes place between two are more persons who have lived through a specific experience. I found those along the way that by them sharing their story with me it allowed me to regain hope. There were seeds planted, I was not alone their very words transformed me nurturing my faith within social networking the very gifts to support another under coping skills. My short-term goals motivated me to go to college, studying business education learning the basic foundation of the business to my life started to change towards a productive person engaging in the knowledge of life without abuse. How I plan to apply the lessons I learned to my personal life is to redefine my losses from unhealthy boundaries within my relationship to a healthy relationship. Where life changed under a freewill within my choices, from a personal to a professional level paying it forward. I want to give back unto those who are willing to try what worked for me pulling from what didn’t under step-by-step events.

In my past coping challenges I learned coping skills under submissive personality’s dual addictions. I struggled with behaviors of a workaholic, drug addiction and overeating self-hatred consumed me. My generational pathologies the elders of womanizer’s insects, physical abusers, enablers, emotional abusers, along with overachievers, as a child allowed to coexist running away from my responsibilities to self-waiting on someone to save me. I have no boundaries to survive by a dependent marrying to survive life challenges a lack of knowledge under experiences. Coming to Hope Crossing I learned how to transform my recovery to a newfound foundation setting healthy boundaries learning new relationships that supported me to grow towards my who I am.

Furthermore, at this present moment, I’m sitting down short-term goals to leading to long-term goals. I want to role-play in our community of Hope Crossing starting with volunteer mentorship to obtain my place in life getting back to those who give to me while learning a newfound life using the skills learned to play some workout for my position to learn a higher quality of living working in the area needed to reach a career. I started hope crossing learning the fundamentals of freedom there was the introduction to stages of change. My loss of safety had stolen my right to achieve under high esteem. I doubt myself within my realities. I had been abused by family and blackballed for sharing family secrets with agency of my mental health care and abandoned by school-age friends

Discomforts of my childhood hunted me, I lived under denial running from state to state never accepting I had been abused by a family. I learned at a young age how to survive threw submissive behaviors, people-pleasing. What motivated me to change what was in my power, I had ended up just like my mother angry and miserable. Discovering patterns of work alcoholism working overtime not wanting to be home alone, husbands divorcing me for change. I would abundant my responsibilities as a wife going out with school-age friends pleasing the norm under childlike dreams drinking , overeating, along with late nights partying with those who were single. My marriage of four years became a joke my husband dating other woman children at baby sitters while I search the town for the father role as my husband.

“The danger zone became a loss under identities of many foundations learning a way of life,” I had to stop worshiping a higher power, I became disobedient unto the spirit between right and wrong church no longer had an impact on my life. My only understanding was that of a spoiled two years old wanting what they wanted. My integration started when I was married unto the second husband, divorced after nine years of marriage. I had been stalked shot up with drugs and formed a drug addiction unable to fight back giving away my power to survive gang-related circles.

I was a child incented, and physically beaten neglected by the mother. I was a suicidal seven years old, bring my mother roses praying for her not to beat me. I was beaten for falling asleep after long hours working under the adult expectation of cooking cleaning chores mother would be responsible for as a housewife. Along with the responsibilities of yard work, build chicken coupés beaten by brother when I became resistant to his will, my brother would often beat me leaving my nose bleeding, while I shook in fear of him and my nephew that played house under ideas of the men’s way under nature of manhood. I learned the whereabouts of my father at twelve only to find myself incented again by him as my father and his brother as my uncle. Father was one who left me at two years old.

Temporarily, I received a call on my twelve birthday, I moved to Columbus Ohio. I had found it easy to live under sexual abuse identities, father would always feel guilty and give me large sums of money along with buying me as I would rebel after the change. Father had many girlfriends who had many children. My allowance went up and down our quality time spread out leaving me with children of my own age. I went to public schools the children were being bussed to black neighborhood there was so much environmental issue between the people separating us by color. My peers placed a circle around me for plying with white children. I had admitted to myself this was wrong, and I began to alienate to feel safe not knowing how to fight for what I believed oppressed by memories of my mother not allowing me to play with children within my neighborhood in Albuquerque New Mexico.

I had learned as a young age girl how to run to survive, along with when to submit to keep from being beaten those years I lived under fear searching for answers to survive under life on life terms. Running state to state away from self. I was taught self-hatred by environmental affairs to generational pathologies.  I adapted to drug cultures to survive gang by-laws, adapted to the lifestyle of same-sex relationships. My family’s way of identifying with self was overachieving to work alcoholic behaviors to church ethics under hypocrisy following the gospel of Jesus. Marrying for survival became a way of life to survive under my mother’s ethics of her failures as a mother, daughter, sister, and wife. I had managed to grow up just like her anger and resentful towards being a woman. I had spent most of my life pleasing others to be accepted as a female, only to find misery loves company. Running in and out of unhealthy relationships only to find myself back where I started broken without a pot to piss in, living in homelessness searching for what love was.

In conclusion, my New Found Life Restoration is one that open doors transforming me under new Ideas, what I look forward to most in my future is to help those who suffer within the experiences triggered by the past abuse issue preparing for change under short-term goals leading to their long-term goals. I envision myself in environments that allow me to share hope unto to those who have a faith of a mustard seed. Peer mentoring from a mentorship. People come into your life for a season there are times: “Processes of a lifetime experience seeking the answer to find peace. Some found their self-going out of their way taking care of others assuming they would take care of them on a fair exchange I was the one who had no boundaries.